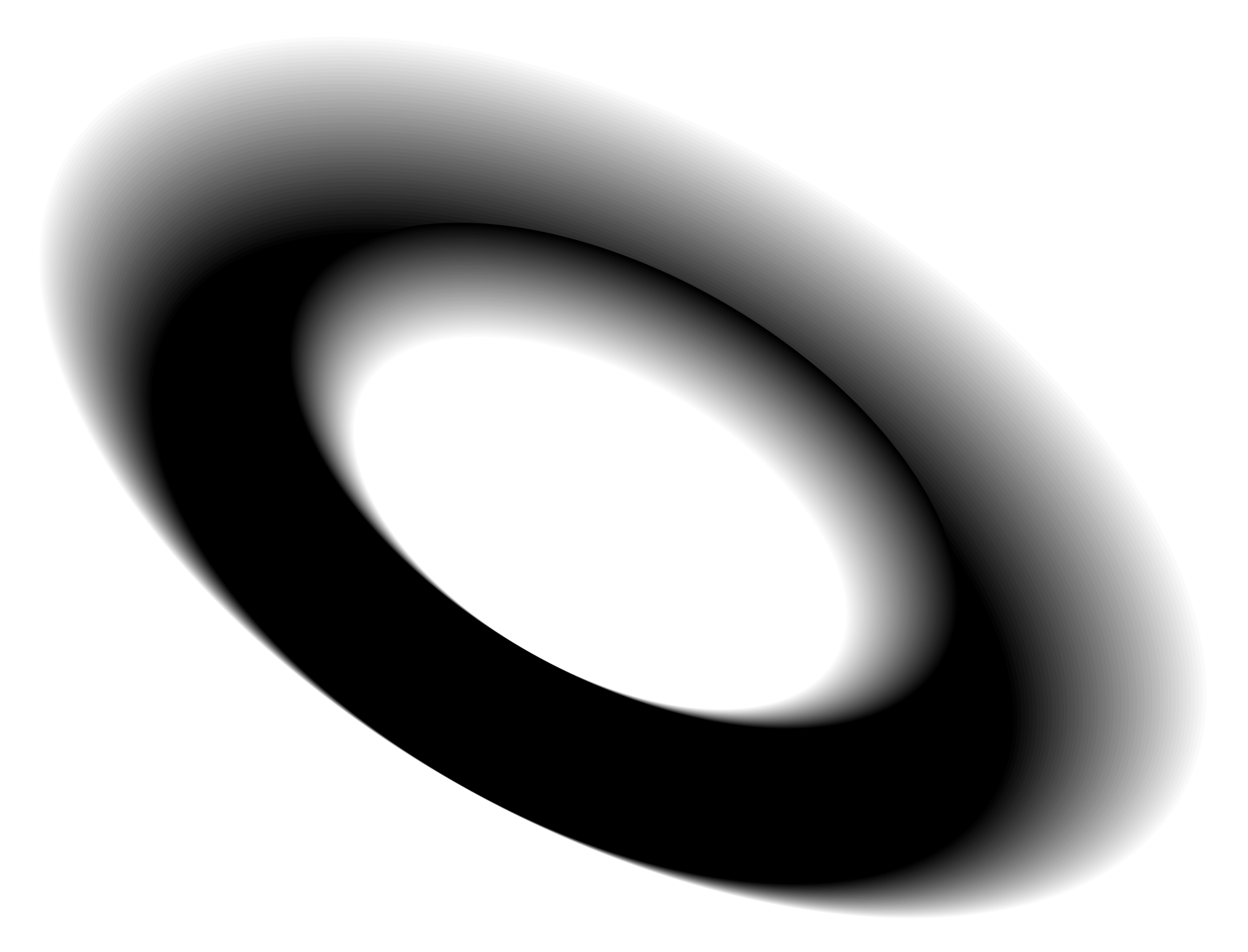 What is a blockchain? A beginner’s guide to the backbone of web3

Interested in web3? Before you begin, it’s important to learn about the backbone of it all—the blockchain! Discover the fundamentals of a blockchain, how they work, and how they apply to NFTs in our entry-level guide.
Team RECUR
January 24, 2023 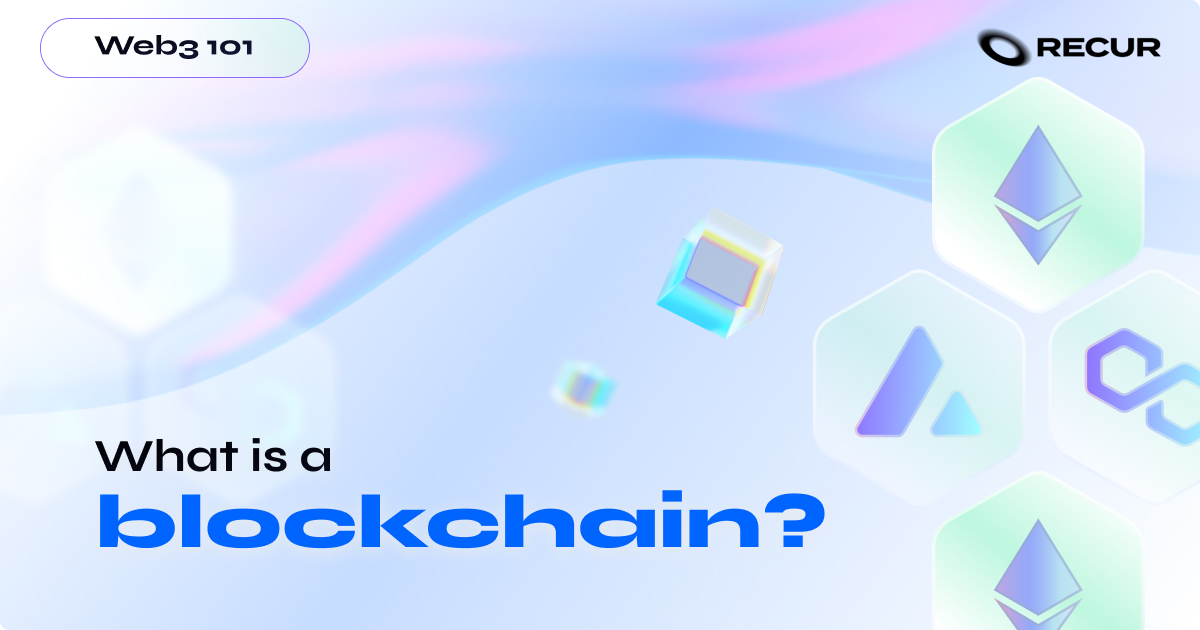 Our world is built on trust. So much of how we function daily relies on this fundamental idea that the systems and professionals we interact with can understand and execute their responsibilities without needing you to know the inner workings of their industry.

Similarly, you don’t have to know what a blockchain is to engage in web3.

You can trust the experts. As long as you’ve chosen actual experts.

But to understand everything you can do within web3, it’s best to at least learn the basics.

And it doesn’t get any more fundamental than blockchain technology—a.k.a the backbone of web3. Let’s dive in!

Simply put, a blockchain is a tamper-proof system of transaction records. Think about it as a public, encrypted digital ledger (or record) that automatically tracks the lifecycle of any given transaction.

Less simply, when any transaction takes place using digital currency, such as Bitcoin or Ether, or a non-fungible token (NFT), that transaction is stored in a block. A block is made up of information about recent transactions in a given blockchain.

What is a hash?

Looks a little complicated and scary? We promise it’s not. That string of characters simply represents the data in a transaction.

It also includes one other very important piece of information: the block’s height.

Let’s break that down a little more. Here’s how it works.

A block’s height is like a unique fingerprint that only refers to that block. If any data in the block changes, the height also changes.

This is part of what makes a blockchain so secure. Fraudsters can’t just tamper with one block or one transaction and call it a day. In order to get a fraudulent transaction confirmed, you’d have to do it with every subsequent block of transactions.

This is why, for all intents and purposes, once a block of transactions has been confirmed, it can never be reversed. And once it’s confirmed, it enters a chain of blocks called a blockchain.

How are blocks confirmed?

A blockchain is a distributed ledger, meaning computers across a network all keep the same record of transactions. Each of their records of the blockchain is updated simultaneously. And each of those computers is referred to as a node.

That decentralized distribution is another part of what makes a blockchain so powerful and secure.

Rather than using a centralized entity to verify transactions, blockchains use a peer-to-peer (P2P) network that anyone can join.

Each person in this P2P network runs a node, and they get a full copy of the blockchain—including every block of transactions up to the point they joined.

Each node uses its copy of the blockchain to verify and confirm subsequent blocks to ensure every transaction matches the rest of the network.

When a new block is created, it’s sent to every node in the network simultaneously. If they can verify that it hasn’t been tampered with, they confirm it, and the process continues.

Then, each block (and every transaction within each block) is validated through a process called a consensus protocol.

What is a consensus protocol?

There are two main consensus protocols for blockchains:

What is proof of work?

In a PoW blockchain, such as Bitcoin, computers in the network are known as miners.

Each miner solves a cryptographic puzzle or ‘hash puzzle’ to validate and confirm each block. The first miner who calculates the solution to the puzzle gets the miner reward for that block.

Individuals aren’t manually solving the cryptographic puzzle. They couldn’t. They use a complicated piece of hardware.

And as a proof of work network grows, the competition gets more heated—literally.

To win transactions, people have to create large farms of mining equipment and utilize ever-more powerful mining computers to stay competitive. That uses a lot of electricity, which makes it more likely to contribute to environmental issues.

This is one of the biggest critiques of proof-of-work blockchains.

That’s why Ethereum, the second largest blockchain, shifted from its proof of work protocol to something called proof of stake.

What is proof of stake?

Proof of stake was first introduced in 2011.

The idea behind it was that PoW blockchains create competition between miners within the network, which is unnecessary and wasteful.

Proof of stake wouldn’t use miners at all. Instead, each node in the network—known as a validator—would stake a certain amount of the blockchain’s native coin. No different than depositing money into a bank.

Then, the network would choose a validator to “win” the validator fee for each block.

The network doesn’t choose just anyone to validate a block. The larger your stake in the network, the more likely you are to win the validator fee. Additionally, if validators approve fraudulent transactions, whether on purpose or by accident, they lose part of their staked currency.

NFTs are tokens on the blockchain. That means the same process we laid out above is used to verify ownership and transactions.

Different blockchains offer different advantages but the longer a blockchain sticks around, the more valuable it becomes. That’s because:

If you’re buying or building anything related to NFTs, you’ll use blockchain technology. Which, as we know now, is how NFTs can be decentralized, secure, and verifiable.

And like any other social and professional systems we interact with on a daily basis, blockchain technology will become as ubiquitous as owning a car—the car is yours, but you don’t need to understand how it mechanically works or was built to use it functionally in your life.

Keep following our Web3 101 blog series as we continue to cover more in-depth topics about blockchain, NFTs and more. 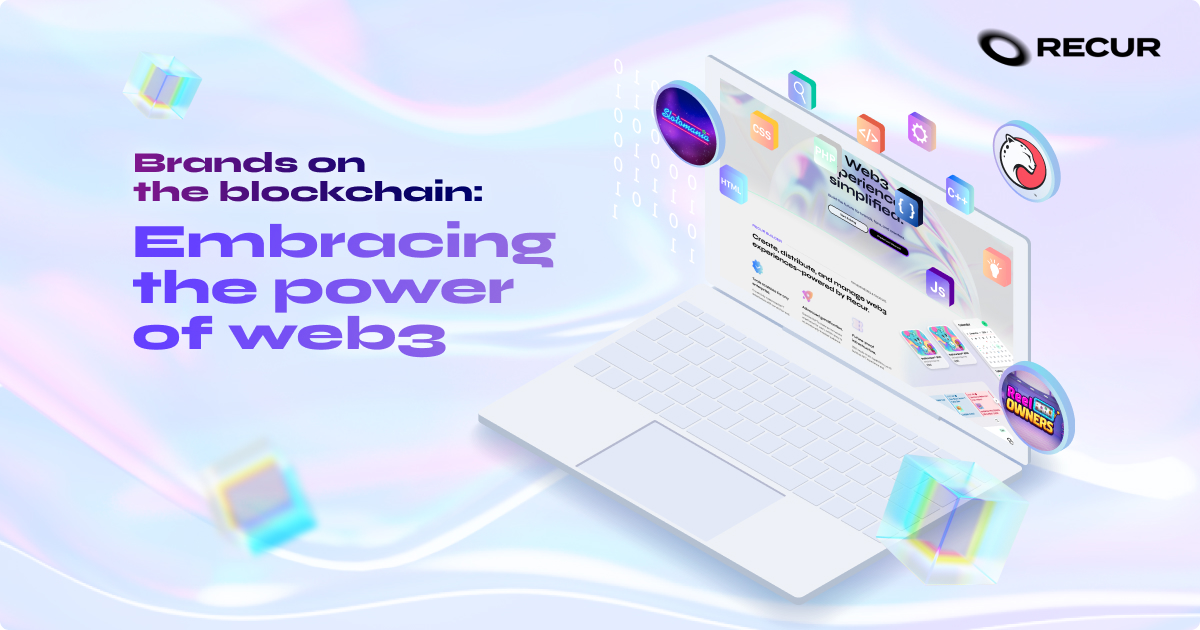 Brands on the blockchain: Embracing the power of web3 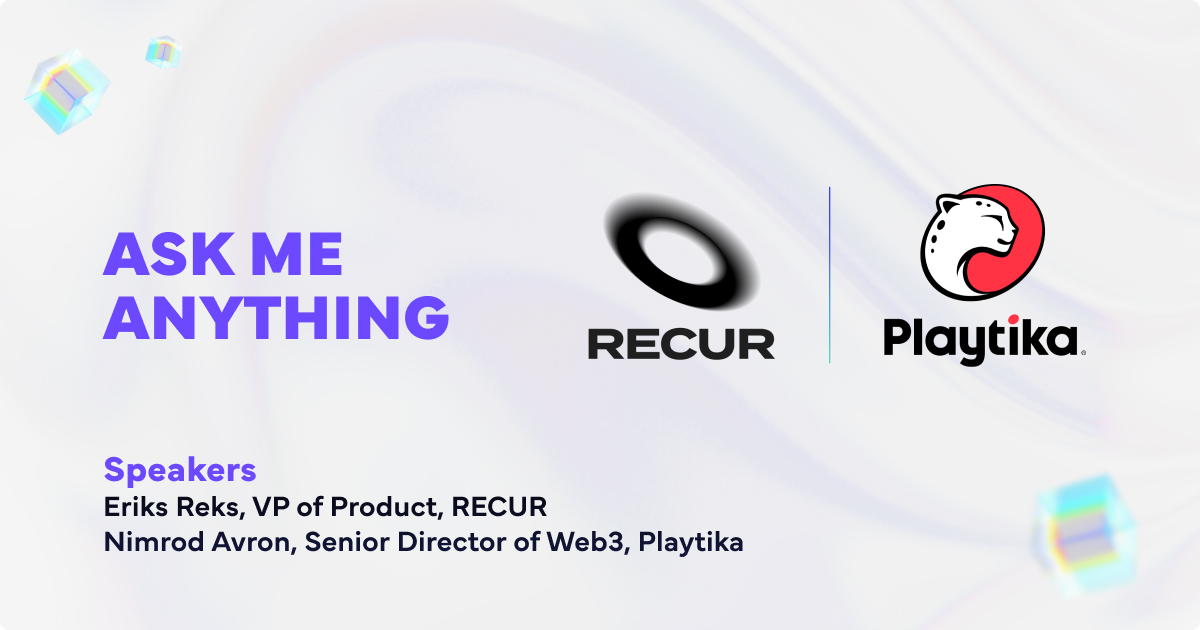 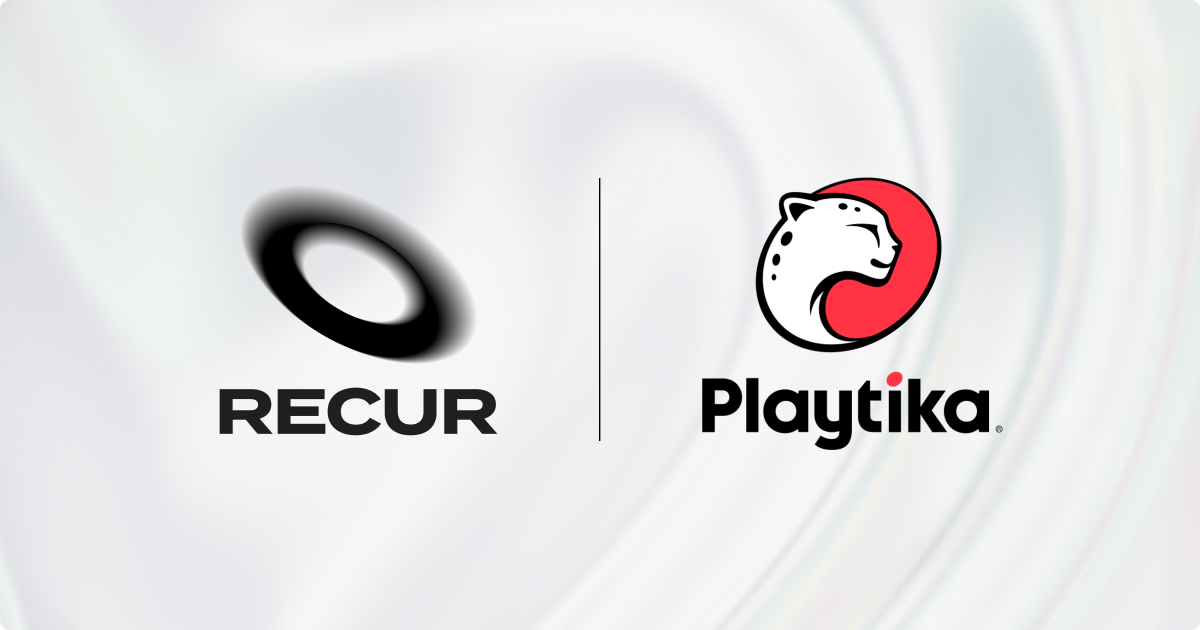 Cookie Consent
We use data collected by cookies and JavaScript libraries to improve your browsing experience, analyze site traffic, and increase the overall performance of our site.

You can change your preferences any time on our Cookie Preferences page.
Allow
Deny 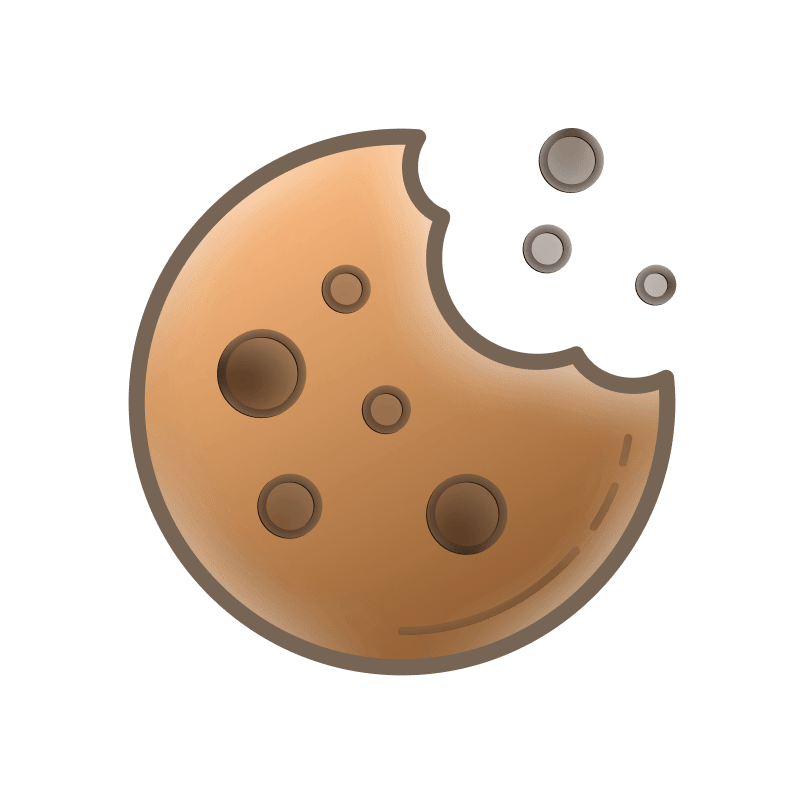